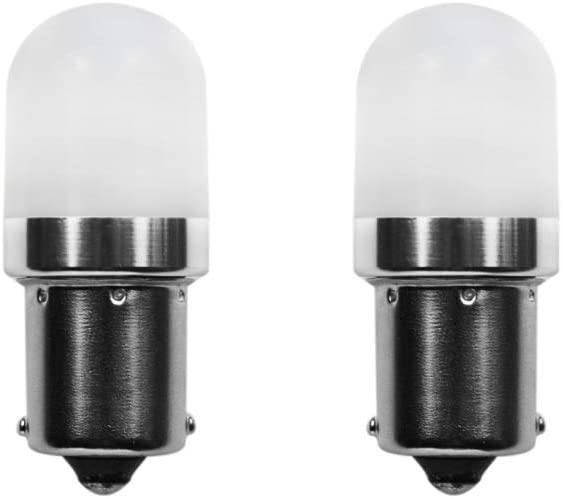 LEDs shine light in market, cast a shadow on bulbs

Lighting consumes 22 percent of electricity produced in the U.S., according to the Department of Energy, and widespread use of LED lighting could cut consumption in half
By PETER SVENSSON, Associated Press Writer


THE LIGHT BULB, the symbol of bright ideas, doesn’t look like a great idea anymore, as lawmakers in the U.S. and abroad are talking about banning the technology because of its contribution to global warming.

But what comes next? Compact fluorescent bulbs are the only alternative right now, but “bulbs” that use light-emitting diodes, or LEDs, are emerging as a challenger.

LEDs, which are small chips usually encased in a glass dome the size of a matchstick head, have been in use in electronics for decades to indicate, for example, whether a VCR is on or off.

Those LEDs were usually red or green, but a scientific breakthrough in the 1990s paved the way for the production of LEDs that produce white light. Because they use less power than standard incandescent bulbs, white LEDs have become common in flashlights.

Established players in the lighting industry and a host of startups are now grooming LEDs to take on the reigning champion of residential lighting, the familiar pear-shaped incandescent light bulb.

The light bulb has been running out of friends. California and Canada have decided to ban the sale of incandescent bulbs by 2012. Australia is banning them in 2010. The European Union is looking at banning production of the bulbs. A U.S. Senate committee is working on a proposal that would phase out the light bulb in 10 years.

And in New Jersey, where the first practical incandescent bulb emerged from Thomas Edison’s laboratory in 1879, a bill has been introduced to ban their use in government buildings.

Governments are gunning for the light bulb because it’s much less efficient than fluorescents, using about five times more energy to produce the same amount of light.

Lighting consumes 22 percent of electricity produced in the U.S., according to the Department of Energy, and widespread use of LED lighting could cut consumption in half. By 2027, LED lighting could cut annual energy use by the equivalent of 500 million barrels of oil, with the attendant reduction in emissions of carbon dioxide, the gas believed to be responsible for global warming.

Much of that reduction would be possible with today’s technology, using compact fluorescents, or CFLs. But consumers haven’t warmed to them. The light quality hasn’t been satisfactory, most take time to turn on and aren’t dimmable.

The LED has advantages over the CFL in most of those areas, and judging by the recent Lightfair trade show in New York, it could be a serious challenge to the CFL in a few years. What holds it back is chiefly price, but LEDs are already an economic alternative for niche uses.

In the last two years, the diodes have doubled in energy efficiency and brightness, according to Greg Merritt, director of marketing for Durham, N.C.-based LED-manufacturer Cree Inc. In particular, LEDs that produce a yellowish or “warm” light similar to incandescents have improved.

Dallas-based Lighting Science Group Corp. showed an LED “bulb” that screws into a standard medium-sized socket and produces a warm light equivalent to that of a 25-watt incandescent bulb, but consumes just 5.8 watts. It costs $50, hardly palatable to consumers who can buy a standard bulb for less than a dollar.

Polybrite International, a startup in Naperville, Ill., announced that lighting giant Osram Sylvania, a subsidiary of Germany’s Siemens AG, will distribute its LED “bulbs.” The intended market is mainly commercial clients, who can afford to pay $15 to $85 per unit, according to Osram Sylvania marketing manager Constance Pineault.

The energy efficiency is no doubt a draw for commercial clients like hotels, but LEDs have another big advantage: they last up to 50,000 hours, according to manufacturers. That compares to about 10,000 hours for fluorescents and 1,000 hours for incandescents. Not having to send out janitors to replace burned-out bulbs means big savings in maintenance costs.

“Right now the applications that make sense are either high maintenance or high power consumption, like parking garages, where the lights are on all the time,” said Cree’s Merritt.

LEDs already beat fluorescents for energy efficiency in some niche uses. For instance, Wal-Mart Stores Inc. is putting LED lighting in its in-store refrigerators, where the cold dims fluorescents and incandescents produce too much heat. LEDs also are starting to replace flat fluorescent backlights in liquid-crystal displays, or LCDs, producing better colors.

LEDs don’t contain toxic mercury, which CFLs do, though the amount is very small. (Recent stories circulating on the Web about calling a hazmat team if a CFL breaks are exaggerated. The U.S. Environmental Protection Agency recommends sweeping up, not vacuuming, the fragments, then checking out local recycling options.)

The cost of LED lighting should be coming down quickly. Polybrite founder Carl Scianna said the cost of individual white-light diodes, several of which go into an LED bulb and make up much of the cost, have come down in price from about $8 to $1.50 in a year.

“They’re going to keep going down,” Scianna said. “By the middle of next year, they’ll be priced for consumers.”

Nadarajah Narendran, director of lighting research at Rensselaer Polytechnic Institute in Troy, N.Y., cautions that there are still technical issues to work out with LEDs.

While single LEDs can demonstrate very high energy efficiency in the lab, when they’re combined into fixtures, their efficiency is considerably lower. In part that’s a heat issue: the diodes produce less heat than incandescents, but they keep that heat in the fixture rather than radiating it, and the hotter the diodes get, the less efficient they are.

He sees screwing LED bulbs into standard sockets “as a waste of talent” that doesn’t utilize the inherent properties of LEDs, like their small size and longevity.

“You could build them in as part of the furniture, part of the cabinetry,” Narendran said.

Because of their high prices, he doesn’t believe LEDs will be ready to replace incandescents in all their uses for the next five to 10 years, but “LEDs, good or bad, will be growing very rapidly.”